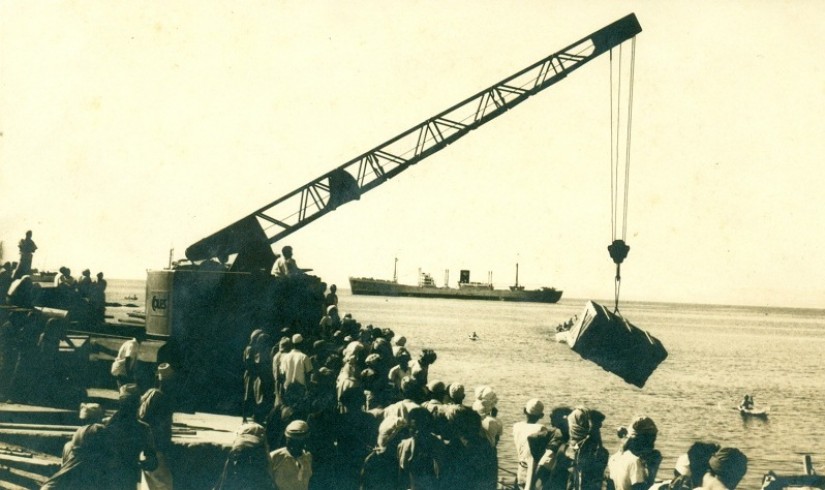 The seaports in the Arabian Sea have a long history during the past centuries. Hadramout governorate  was one of the regions that was famous historically for its ports in Al Shehr, Barum, Sharma and Mukalla. It received the attention of researchers and interested in the field of navigation, history and trade. The port of Al Shehr was the first Hadrami gate for immigration from Hadramout to India, East Asia and Africa, and regarded as the famous commercial port in the south of the Arabian Peninsula and the lifeline of which Hadramout has been extinct for hundreds of years.

In addition, the ports of Barum, Al-Hami and Al-Qaren, which were small ports are auxiliary ports of the main ports where they provide protection from the monsoon and the ship unload limited quantities of goods.

Historically, the ancient ports overlooking the Arabian Sea, such as the historic port of Qena, was mentioned in Greek and Latin sources. It was said to be the main port of Hadramout kingdom, from which incense and frankincense were transported by road to the Mediterranean countries by caravans and by sea. As well as the spices of India and the goods of East Africa were transported to it, and was one of the best ports of the Arabian Peninsula to which the ships were sent to protect them from the southwestern monsoon.(1)

The importance of Mukalla seaport historically through establishment of a "coal depot in Mukalla in 1829 by the English people , and Mukalla for a short period has become a station to supply the ships passing by. In 1834, Captain Haines and commissioned by the British authorities in India, a geographical survey of Hadrami beaches, and as mentioned that Mukalla is an excellent commercial city with a suitable docking port. He explained that the commercial traffic was active. Haines saw a number of boats and ships in the harbor and the existence of the slave trade. He said that it was the natural port of Hadramout with the outside and the trade union from all over the world".(2)

In the beginning of the 20th century, the seaport work moved from Al-Shehr to Al-Mukalla city. The seaport of Mukalla became the main port in Hadramout and gained its position ever since. In 1903 until 1905, the construction of a small berth for the seaport was completed. Warehouses were built in the port and then established a system of customs and administration,  and ships were unloaded cargo by wooden beams and then the boats that dock at the berth. The port works in this position to January 1985 when the opening of the new port of Mukalla as current in the area of ​​Khalef, where the ships are berthed or moored alongside the quays or berths.(3)

The current seaport of Mukalla is the only maritime port in Hadramout Governorate overlooking the Arabian Sea. The current port has been constructed as a multi-purpose serving commercial, fish and oil products for the governorate and neighboring governorates where it was previously dependent on the anchorage area. There are no direct berths for ships except a small marina for boats and loaded wooden ships Although the designs of the port have been prepared on ships with a capacity of not more than ten thousand tons, but these weights have not been observed since the establishment of the port due to the urgent need to receive larger ships, where the ships exceeded twenty thousand tons under the condition that the load of the goods is not complete, and taking into account the maximum draft that shall not exceed an allowable draft.(4)

Other ports on the coast of the Arabian Sea, such as the historic port of Khalfut, as well as the historical port of Qashin that played a role in the flourishing trade and economic recovery through linking the international shipping line that runs through the Indian Ocean and the Horn of Africa. In addition to the port of Yarub, and the site of Socotra Island, which is located in the heart of the sea road corridor in the Arabian Sea Indian Ocean.