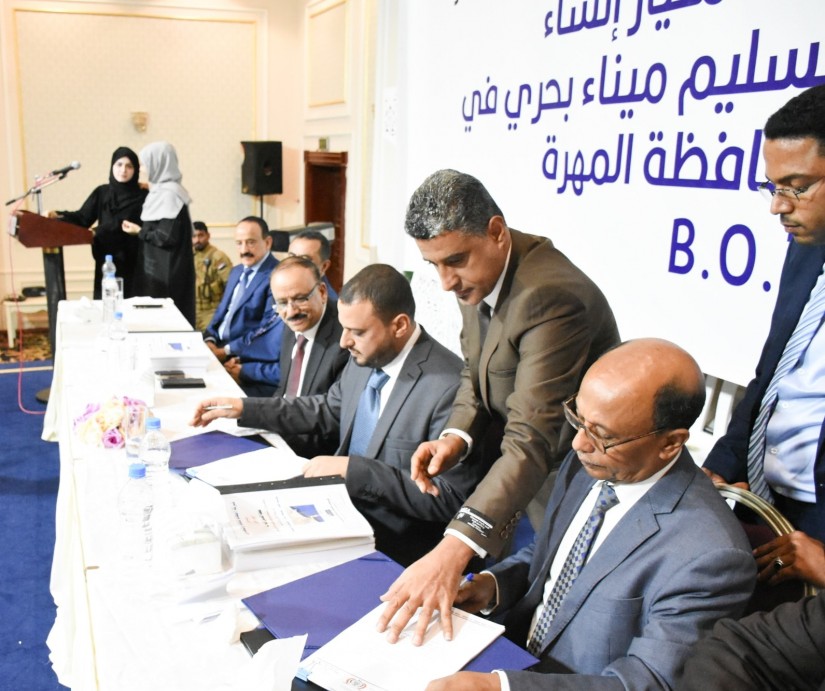 In the presence of His Excellency the Minister of Transport, Dr. Abdulsalam Saleh Humaid, the Arabian Sea Ports Corporation and the Ajham Energy and Mining Company Ltd. Signed today, in the capital, Aden, the decrees of a concession contract for the establishment, management, operation and re-delivery of a seaport in Qishn District, Al-Mahra Governorate, under the B.o.T system

Following the signing, the Minister of Transport stated that the Ministry is launching today a strategic, vital and economic project that embodies the partnership relationship between the public and private sectors...noting that the project will represent the key investment for the various transport sectors affiliated with the Ministry in accordance with the regulations and regulations governing the Ports Law and the applicable Ministry.

Dr. Abd al-Salam affirmed the ministry's support for this project and all other projects to attract investors at home and abroad and to provide all facilities and advantages that would establish various investment projects, especially those that depend heavily on import and export... expressing his hope that the port would contribute to activating the movement's activity. Navigational and economic in the country in order to achieve the development and support of the national economy and create job opportunities that would improve the standard of living and the economic in line with the comprehensive reform program of the government.

Eng. Basamer  Chairman of the Board of Directors of YASPC indicated that the project has completed technical studies, economic feasibility and environmental impact in accordance with the law, stressing that it will represent a model for enhancing the role of the private sector in contributing to the development of the maritime transport sector, which is relied upon to support the national economy in the coming years.

the Vice Chairman of the Board of Directors of Ajham Energy and Mining Company Ltd. praised the government's support, represented by the Ministry of Transport, in overcoming difficulties and creating a positive investment environment towards broader horizons for the future of construction and the desired prosperity.

The signing ceremony was attended by the Deputy of the Ministry of Transport for the Maritime and Ports Affairs Sector, Captain Ali Al-Subhi, the President of the Chamber of Commerce and Industry, Abu Bakr Baabid, and a number of ministry leaders and heads of bodies and Corporations affiliated with the ministry. 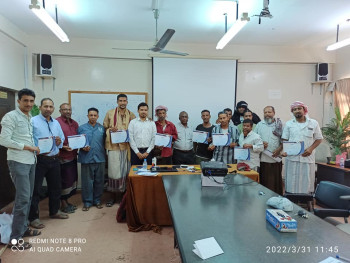 The conclusion of the "Maritime Culture" course at th YASPC 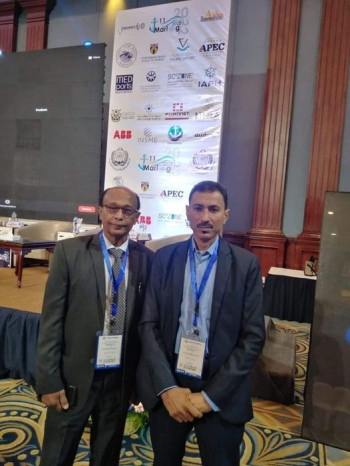 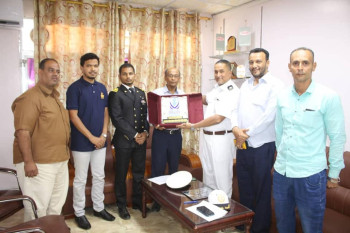